KILLEEN, Texas (FOX 44) – History was made Monday at the Killeen Fort Hood Airport as it opened its first hangar.

The hangar will serve two main purposes, one being the regional aircraft maintenance facility for CSI Aviation which operates from Florida to New Mexico.

“This airport already brings in more than 250,000 passengers a year,” Killeen Executive Director of Communications Janell Lewis Ford said. “So it’s just gonna bring more, and that’s what we want, this to truly be your central Texas hometown airport.”

“They’ll have a 24/7, 365 crew stationed here that lives here in the hangar, it’s available at a moment’s notice for the community in the region,” Killeen Executive Director of Aviation Mike Wilson said.

CSI anticipates the hangar will bring in over 40 jobs, including pilots, medical crews, mechanics, and administration staff.

“It’ll be a great economic development opportunity not only for the airport, but for the city as well,” Wilson said.

The hangar will support the company’s air charter and air transportation solutions for passengers, cargo, and medical missions.

“For the airport itself, it brings a lot aviation operations to our facility here that brings of aircraft and fuel sales to the airport,” Wilson said.

Also, it is a Department of Defense certified carrier which is huge for the Killeen area.

Lewis Ford wants to remind people that the Killeen Fort Hood Regional Airport is your Central Texas hometown airport, there for everyone to use.

“We service so many different areas around here,” Lewis Ford said. “Don’t start your drive with a drive to the airport going to Austin or Dallas or other places when you can just come here.”

This is just the beginning of the growth at the Killeen Fort Hood Airport. They are adding another hangar within the next few years.

Themed food and drinks are a surefire way to make your party stand out, and looking at past Grammy nominees is a great way to get inspiration.

Love the Grammys? We have everything you’ll need …

With Grammy night around the corner, here are some fun ways to embrace the theme, boost your entertainment and make your guests feel a part of the festivities.

NuFace devices use low microcurrent voltage similar to natural electric currents in the body and are safe and painless on the skin.

Kitayama leads Pebble Beach as the worst of the wind …

Democrats set to shake up start of 2024 presidential …

Jupiter’s moon count jumps to 92, most in solar system

No. 11 Baylor suffers first loss of the season

US tells owners to park old Hondas until air bags … 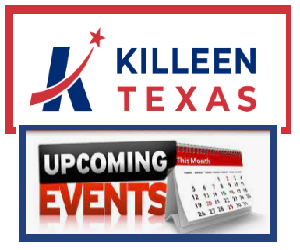 Waco in the running for concert series grant